Betting comes naturally to humans. Be it amongst friends, family or colleagues we all have placed bet with them on one or the other matter. From a cup of coffee to a pack of cigarettes we are so used to betting in our daily lives.
Things change dramatically though when it comes to real betting when there is real money at stake. The boom in online betting sites in India has appealed to all of us at least once. Read on!

END_OF_DOCUMENT_TOKEN_TO_BE_REPLACED India – Pakistan cricket rivalry is not just the biggest rivalry, it is probably as big as the game of cricket itself. The competitive spirit between Australia and England is commendable but it lacks the adrenaline rush that an India vs. Pak match creates irrespective of the format, tournament or level of the match. The credit of keeping the passion alive for decades definitely goes to players of both the teams for their aggressive game and never-say-die spirit till the last ball of the match.

END_OF_DOCUMENT_TOKEN_TO_BE_REPLACED And then you can always find good online rummy tips and tricks to win big, at least here on Piccle!

END_OF_DOCUMENT_TOKEN_TO_BE_REPLACED Good news for all the PubG fans. Yes, its true. The most played online multiplayer battle royale game is coming back to India after getting banned in September 2020. Earlier, PubG had announced that they will terminate all access from India on Oct 30, 2020.

The PubG team, however, has worked very hard with the Indian Government and agreed to the conditions laid for the return of the game to India. Check out when is it going live in India again and how PubG ensured its return.

END_OF_DOCUMENT_TOKEN_TO_BE_REPLACED The gaming world catches on to you pretty quickly and each good game binds you, till you see the end. Mario Bros ended with Mario saving the princess or Contra ended with killing a cardiac creature in stage 7 and saving the world. However, not every game is designed with an ending.

There are a few video games with no endings and it is mostly by design probably to make sure you never stop playing it. Here are 5 such games

END_OF_DOCUMENT_TOKEN_TO_BE_REPLACED The famous search engine has been ruling the tech world since its launch in 1997. The multi-billion-dollar company is one of the biggest brands worth more than $400 billion. Whether it is business or number of employees, Google has a massive scale and when companies grow to such size there are a lot of interesting stories to know about them.

So here are some fun facts about Google, get ready to be surprised!

END_OF_DOCUMENT_TOKEN_TO_BE_REPLACED Seeing figures with elegant large eyes, small noses and mouths just about anywhere? Welcome to the manga world! Originating from Japan, manga comics are now popular worldwide for quite some time. And they’re here to stay. If you haven’t heard of Manga comics before, you have missed out on a very interesting part of the Comics world.

Here’s all that you need to know about these extremely popular comics!

END_OF_DOCUMENT_TOKEN_TO_BE_REPLACED The ongoing pandemic has pushed the digital ecosystem into an overdrive. Now we have apps to remind us to drink water, help us do yoga, pay all bills online, stay connected with friends and then there are Dating Apps. The dating and matching apps have become very popular and have seen a rush of activity lately. There are a bunch of such great apps. All you need to do to find your perfect match is swipe right or left.

However, a little research before you jump the gun doesn’t ever hurt. Click to read the article to know why Tinder might not be the best app for you to find your someone special or to know what’s all the hype around bumble or Happn.

END_OF_DOCUMENT_TOKEN_TO_BE_REPLACED Indian comics had its golden era in the 80s and 90s. Many iconic comic characters and superheroes were created during this period that became so popular that even today just the mention of their names brings waves of nostalgia to kids of the 90s. Diamond Comics, Raj Comics, Manoj Comics, Tulsi Comics, Tinkle, Amar Chitra Katha, Madhumuskan, Lotpot and Champak were amongst the most popular comic book publishers in the 90s.

Let’s take you back to your old memories and re-introduce these old friends that we remember so fondly. Go ahead and read in detail about these comic characters that made our childhood even more fun.

END_OF_DOCUMENT_TOKEN_TO_BE_REPLACED 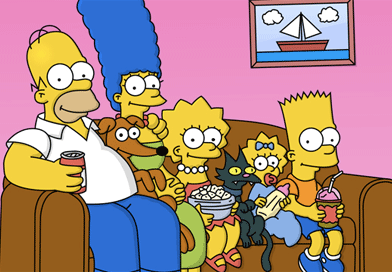 A 1993 episode of The Simpsons features an unprecedented flu and a killer bees attack amidst it. Seems too relatable to the recent murder hornet attack on America, right? Well, it wasn’t just one or two times that the longest-running animated series has been in the news for its accurate predictions.

From smartwatches, faulty voting machines, Donald Trump, Noble prize winners to scientific discoveries and financial crisis, even Corona like flue, the series talked about it all much before it happened. Yeah, you read that right, it predicts! Could they really see the future? That’s for you to decide. Take a look at some of their surprisingly true prophecies.