It’s a widely known and accepted fact that tobacco is harmful to our health. However, in a country like India, crores of people get employment from this industry. Though the sale and consumption of tobacco are already subject to a number of laws, the government has decided to make the COTPA law more stringent, which has caused a ruckus in the industry recently.

The laws are completely in the favour of our health, so why the ruckus? Read on to know more!

Why the law in the first place?

Citizens and anti-tobacco activists have been asking for tighter laws around the sale, promotion and consumption of tobacco products. Owing to the increasing number of deaths due to tobacco usage and mounting pressure from society and activists, COTPA was enacted in 2003.

The Covid-19 situation has made things worse for both smokers and non-smokers both with the virus attacking the lungs there is a much stronger demand to put an end to tobacco production and consumption for everyone’s good health. As the lockdowns are being imposed again around the globe, India continues to open up and in such a situation it is important to curb tobacco consumption especially smoking. Also read: Healthy Cheat Snacks For Lockdown Days And Nights!

In 2003, the Cigarettes and Other Tobacco Products Act (COTPA) was enacted, for the sale and consumption of tobacco products in India. It was through this law that actions like selling tobacco to a person under 18 years or setting tobacco shops around schools were deemed illegal.

How does the law help?

The government has prepared a draft to amend this law. If the amendment is made, the minimum age to buy tobacco will be increased from 18 to 21 and tobacco will not be sold within 100 meters of the schools, which is now 100 yards. According to the draft, there will also be a ban on selling loose cigarettes. It has also been proposed to remove the smoking zones made in hotels, pubs and bars and increase the amount of fine. Also read: Covid-19 – What puts you at higher risk?

Why the tobacco lobby isn’t happy?

People of the industry are worried that these amendments will affect their earnings. The Federation of Retailers Association of India (FRAI) has already appealed to the Prime Minister to reject the proposed amendments to this law. As per the FRAI, the amendments will significantly affect the earnings of the people earning a livelihood by selling tobacco, cigarettes, bidi, paan on the roadside.

Whichever way we look at this problem, there is no alternative to keep moving towards making India tobacco-free but at the same time, the government and NGOs should join hands to create alternate income opportunities for those who will lose their jobs due to tighter restrictions put on the tobacco trade.

Whether you are a smoker or a non-smoker, we’d love to know your thoughts on this topic. 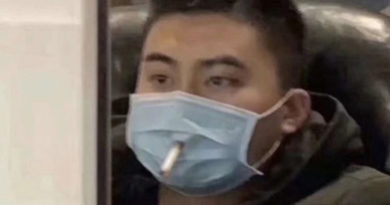