The long-awaited trailer of KGF Chapter 2 is finally out and the fans can’t just handle all the happiness. The team of KGF wanted to initially release the teaser on the actor Yash‘s birthday as a gift for him and also for his fans. But they finally decided to release a day earlier but who is complaining about it?

Let’s take you through all that we know about the KGF Chapter 2, its cast and plotline along with the details that we saw in the teaser!

The plot of KGF Chapter 2:

As we know from the first film of the series Yash, who plays the role of Rocky Bhai, is the main hero of the story, and his journey from being an underdog to ruling the gold mine. But we are going to see Rocky Bhai going places literally and visiting urban cities. As per the reports, there will be lesser violence as compared to the first film because the fan base of the KGF has many teenagers and makers wanted this film to be suitable for everyone.

It is yet to be revealed whether the film will have a tragic ending as is being rumoured or not. There are rumors doing rounds that the movie will end with the death of Rocky Bhai. This chapter will be focusing on how our hero is going to maintain the new position and power of ruling the mines.

And then we just can’t forget Adheera who is going to play a very important part in this movie again. Surely can’t wait for another epic battle between the good and the evil! Also read: Dhoom 4 brings the two best action heroes together!

The cast of the film includes, of course, Yash playing the role of Raja/Rocky and Srinidhi Shetty as Rocky’s love Reena Desai. From the first look of Srinidhi’s character, Reena released earlier, it seems that Rocky and Reena get married. The look was released on Srinidhi’s birthday.

After the addition of Bollywood’s one of the finest actors Sanjay Dutt and Ravena Tandon, the movie is now going to be much more interesting for sure. The first look of Sanjay Dutt as Adheera was released on Sanjay Dutt’s birthday by Hombale Films, the producers of KGF franchise.

Keeping up with the tradition of revealing the first looks of characters on the birthdays of the actors, Prashanth Neel, the director of the movie, released the first look of Raveena’s character Ramika Sen on Raveena’s birthday.

With Sanjay Dutt as Adheera and Raveena Tandon playing the role of Prime Minister Ramika Sen in the film, Chapter 2 already sounds more mysterious and thrilling than KGF Chapter 1. We will also see Anant Nag as Anand Ingalagi and Achyut Kumar as Guru Pandian. Along with them Malavika Avinash, Prakash raj, Rao Ramesh, and others will be a part of the film.

The teaser of Chapter 2

It is the first Kannada film with such a big budget; the film production has cost around 100 crores. The movie, directed by Prashanth Neel, will also be dubbed in Tamil, Telegu, Hindi and Malayalam. The KGF Chapter 2 teaser actually broke the world record and as it has been trending ever since the launch.

Originally the film was all set to release on 23 October 2020 but due to the pandemic, there were delays in shooting. Now as the teaser is out we can hope to watch the film very soon even though there is no official release date given by the team. Also when the first film was released on all the OTT platforms it was a huge hit so maybe this time it will make its way into the OTT platforms again so that people can enjoy the film safely from the comfort of their home. Also read: Best Bollywood Movies We’d get to watch in 2021!

So let us know what you think about the film in the comment section below and keep watching this page, we will update the KGF Chapter 2 release date as soon as we get confirmed news. 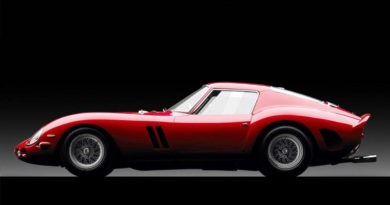 Ridiculous Laws in India that you must know about